We are now offering virtual meetings via phone or zoom if you prefer. We are also happy to arrange a face to face meeting in our office. 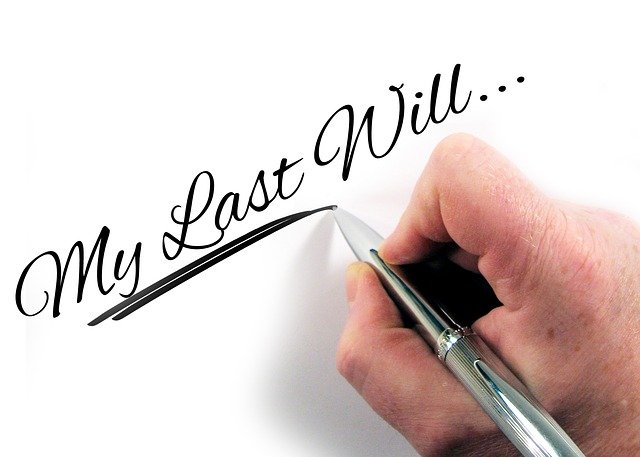 A holographic Will sounds pretty cool right? Something from Star Wars? It’s what they call a Will you write yourself. And it is allowed in many states, but with varied requirements. Some states like New Hampshire and Texas (pretty far apart on the political spectrum) don’t allow holographic Wills even in the case of a foreign Will for active military.

Thankfully in Virginia a holographic Will is allowed, under certain conditions. In order for it to be valid it has to have been written completely in the testator’s (person who died) hand writing. They have to have written the whole thing, by hand. This means you can’t type up a document and just have them sign. And you can’t just get a printed form and then hand-write some of the information in the blank spaces.  And then it must be signed as a witness by two disinterested parties. In this case, “disinterested” is simply two people that aren’t directly benefiting from the Will. Only a couple of states (Colorado & North Dakota) allow you to use a notarized signature. So skip the notary and just ask a couple of your friends to witness your signature for you, or if you are living in a nursing home, you can ask a couple staff members.

What to Include in a Holographic Will in Virginia

All you really need is a statement that lets people know that you know this is your Will.  Most of the time a short sentence like ‘This is my Last Will and Testament’ can be enough.  It is also a good idea to put in the date that you wrote and signed the Will.

What NOT to Include in a Holographic Will in Virginia

As they say, there is a time and a place for everything. And unfortunately a lot of people (sometimes even with the help of bad lawyers) write items into their Wills that are out of place. Let’s walk through the items you don’t want to include in your Will:

Anything that will be superseded by another legal document.This is where I often see Wills drafted by other lawyers getting things wrong.

Personal feelings is something a lot of people write into their holographic Will in Virginia. I’m sure it feels therapeutic to let your good-for-nothing family members have it but remember that this document will be filed with the court. It will be public. It will be a historical document. Complete strangers might be reading it a hundred years from now. Going off on tangents or spewing hate isn’t going to nullify your Will. It’s just tacky and doesn’t need to be there. There are plenty of other avenues to get your point across.

There are a lot of variables to Wills. Obviously I am biased here but if you have any reason to suspect a Will is going to be contested, I highly suggest you reach out to an attorney. That being said, a holographic Will is valid in Virginia as long as you follow the guidelines above. And do please take note of the personal feelings stuff. Life is long and complicated enough as it is without a smarmy Will.

Get legal news, advice, and best practices delivered to your inbox.

Written by the best, for the best.

Thank you! Your submission has been received!
Oops! Something went wrong while submitting the form. Please try again.
Button TextSign Up

Where to Store Your Will

How to Exclude Heirs from Your Will